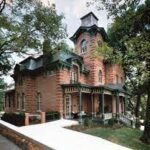 Joyce Vyriotes has been appointed executive director of the Cummings Foundation, one of the largest private foundations in New England with about $3 billion in holdings.

Vyriotes is currently the foundation’s deputy director. She will be the third executive director in the Woburn-based foundation’s 35-year history, and the first woman in the role.

Prior to joining Cummings in 2010, Vyriotes spent a decade in the nonprofit sector in Tucson, AZ. She fundraised for the American Cancer Society and Arizona Cancer Center, later serving in a patient services role with the Muscular Dystrophy Association.

She said a major reason the foundation is able to award more than $25 million annually with no paid staff is its volunteer model. More than 150 community leaders select the majority of grant winners each year and then maintain relationships with those organizations on behalf of the foundation.

5 Tips for the Q4 Fundraising Rush