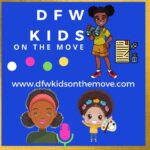 “Jim Brady is a digital journalism innovator who understands that business sustainability is crucial to the success of local news. He shares Knight’s belief that communities need to be informed and engaged for democracy to thrive,” said Alberto Ibargüen, Knight Foundation president. “Heidi Barker brings critical impact-oriented leadership experience at a time when strategic communication has never been more important to an organization’s success. She will also lead Knight’s continuing commitment to integrate equity and inclusion into every aspect of our work.”

He is CEO of Spirited Media, which developed local news sites Billy Penn in Philadelphia, The Incline in Pittsburgh and Denverite in Denver, and sold them in 2019. The sites differentiated themselves with a mobile-first approach and a business focus on events and membership as core revenue lines.

Previously, as editor-in-chief of Digital First Media, Brady was responsible for the strategy and management of the 75 daily newspapers, 292 non-daily publications and 341 online sites owned by Journal Register Company and MediaNews Group. He also built and managed the company’s Thunderdome unit, which comprised more than 50 digitally focused journalists charged with providing national content for DFM’s local properties.

During Brady’s tenure as executive editor of washingtonpost.com, the site won a national Emmy award for its Hurricane Katrina coverage, a Peabody Award for its “Being a Black Man” series, and numerous other journalism awards. At AOL, he managed news coverage of the 9/11 attacks and 2000 presidential election, and also served as ESPN’s public editor from 2015-18.

“No foundation has done more to fuel experimentation, innovation and inclusion in digital media than Knight, which is always looking for ways to strengthen democracy’s future,” said Brady. “Technology can help us build a future for journalism that is sustainable, so it can be independent, inclusive and authentically reflect local communities.”

Brady is a past president of the Online News Association, a two-time judge of the Pulitzer Prizes, and serves on the boards of the American Press Institute, NewsMedia Alliance, National Press Foundation and the Local Media Association. He is a graduate of American University.

Heidi Barker brings to Knight 30 years of experience as a senior corporate communications executive and broadcast journalist. A champion of diversity, equity and inclusion, she has advised executives and collaborated on organizational DEI initiatives.

Barker is the former vice president of corporate communications at Carnival Corporation, where she was instrumental in COVID-19 crisis communications, the communication of system-wide cost reductions, and culture and DEI initiatives.

Prior to Carnival, Barker served as chief communications officer at Cleveland Avenue LLC, a food and beverage venture capital and consulting firm in Chicago, where she built the startup’s communication function from inception, designing it to include corporate narrative and messaging platforms, internal and external communications, and an integrated social media presence.

Previously, Barker served as vice president of global media relations and issues management for McDonald’s Corporation. She led a team responsible for the company’s corporate reputation across a broad spectrum of media and social channels.

“My journalism roots and passion for effective communication fuel my excitement to lead our team in spreading awareness of Knight’s work,” said Barker. “It’s an honor to tell and amplify the inspiring stories from the communities, journalists, artists, scholars and researchers who move society forward with support from Knight grants. I’m also committed to Knight’s ongoing effort to create an inclusive and equitable workplace for our team members. Those fundamental values are woven through all of Knight Foundation’s work.”

Before joining McDonald’s, Barker spent 10 years as a producer for NBC Network News, including two years as a rotational senior producer for “NBC Nightly News.” A graduate of Northwestern University’s Medill School of Journalism, Barker has earned two Emmy nominations and several Edward R. Murrow Awards, among other journalism awards. Last year, she furthered her education by earning a certificate in “Leading Diversity, Equity and Inclusion” from Northwestern.

DFW Kids On The Move