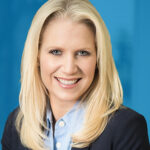 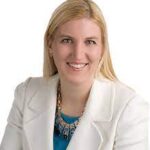 Alliance for Justice Announces Rakim Brooks as Next President

“I could not be more excited to lead AFJ,” said Rakim Brooks. “As someone who grew up in public housing in a vibrant community of working people, I have a deep appreciation for the interconnected struggles of America’s poorest families and a personal connection to their struggle for racial, economic, environmental and reproductive justice. In our time, the courts are the frontline of democracy reform, and non-profits will continue to be on the frontlines of every major social issue for their communities. AFJ will continue the fight for a fairer, more just society, every day, for as long as it takes — just like Nan has for over forty years.”

WASHINGTON, D.C., July 28, 2021 – The Board of Directors of Alliance for Justice is honored to announce that it has selected ACLU Senior Campaign Strategist and Obama administration alum Rakim H.D. Brooks to be AFJ’s next president. Rakim will succeed current AFJ President and Founder Nan Aron, who has led AFJ for 42 years.

“Rakim Brooks has distinguished himself as a tireless fighter for justice, and I am overjoyed that he will build on AFJ’s important work at a time when the health of our democracy and the constitutional rights of so many millions of people are at stake,” said Paulette Meyer, Board Chair of Alliance for Justice. “For more than four decades, Nan Aron has been leading the fight for a judiciary that is fair, demographically and professionally diverse, and committed to upholding the rights of everyone, and she is deeply admired across the progressive advocacy community. Rakim is the right person to carry on Nan’s inimitable work.”

Brooks has garnered an outstanding reputation as an innovative strategist, policy thinker and legal advocate in his current role as Campaign Manager for the ACLU’s Systemic Equality Campaign. Prior to his work at the ACLU, Brooks was an associate attorney at Susman Godfrey. There, he sued opioid manufacturers, worked to free citizens incarcerated in Dallas prisons at the outset of the COVID-19 pandemic, and filed a Supreme Court amicus brief defending the right of consumers to have an independent Consumer Financial Protection Bureau. Brooks recently served as a member of the Biden-Harris transition team, after previously serving as a policy advisor for the Treasury Department during the Obama administration. He began his career as a C. Edwin Baker Fellow at the progressive think tank Demos, and currently serves on the advisory board for the Brown Center for Slavery and Justice and as a board member of Getting Out, Staying Out in his native East Harlem.

Brooks clerked for Justice Edwin Cameron on the Constitutional Court of South Africa and at the U.S. Court of Appeals for the Ninth Circuit and the D.C. Circuit. He has a A.B. from Brown University; a M.Phil in Politics from the University of Oxford, where he was a Rhodes Scholar; and a J.D. and M.B.A. from Yale Law School and the Yale School of Management.