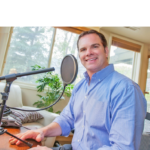 United Way Worldwide announced that Angela F. Williams will become the next president and CEO of the organization. Williams will be the first woman and first African American to lead United Way’s Worldwide organization. She currently serves as president and CEO of Easterseals, a role she has held since 2018. Her appointment takes effect on October 15, 2021.

Named to Forbes’ 2021 List of Women 50 Over 50 Creating Social Change at Scale, Williams brings more than 30 years of management experience to this role, including significant executive leadership experience in major non-profit organizations. Before joining Easterseals, Williams spent 11 years as EVP, general counsel, and chief administration officer at YMCA of the USA. Prior her position at Y-USA, Williams was the interfaith liaison for the Bush-Clinton Katrina Fund, where she helped assess the effects on and manage the financial support for houses of worship in areas impacted by the hurricane.

“United Way Worldwide is at a critical juncture as we look to transform our 135-year-old organization to continue driving strong and equitable community impact into the future,” said Dr. Juliette M. Tuakli, Chair of United Way Worldwide Board of Trustees. “We wanted a leader who could mobilize our United Way Network, our supporters and United Way Worldwide around a clear vision grounded in the imperative to create greater impact, equity and growth in communities. Angela’s background and experience make her uniquely suited to create and drive this vision. The CEO Search Committee was impressed by her strategic acumen, innovative thinking and purpose-driven mindset, which we believe will offer a fresh perspective in reimagining United Way and ensuring that we remain relevant and impactful for years to come.”

“I am absolutely honored to join the world’s leading charity at a key moment in the organization’s history and world events,” Williams said. “Around the world, issues of health, education and economic sustainability are at the forefront of ensuring equality and access to a good quality of life. I recognize and appreciate the tremendous role that United Way Worldwide plays in supporting individuals and families and transforming communities. I am committed to working with the Board, volunteers, partners and staff to build on the rich legacy of the organization in its second century of service.”

After earning her law degree, Williams began her career serving for more than six years as an active-duty member of the U.S. Air Force Judge Advocate General’s Corps and during Operation Desert Storm. She went on to serve on Senator Edward M. Kennedy’s Senate Judiciary Committee staff as special counsel on criminal law. Williams also worked on the U.S. Department of Justice Civil Rights Division’s National Church Arson Task Force and was an Assistant United States Attorney for the Middle District of Florida.

Included in CEO Today Magazine’s Healthcare Awards 2021 and Crain’s Chicago Business 2020 Notable Women Executives Over 50, Williams is a prolific contributor to editorial outlets and has authored opinion pieces on topics including healthcare, the impact of COVID-19, legislation impacting people with disabilities, the Americans with Disabilities Act, Black academic achievement and more.

United Way fights for the health, education, and financial stability of every person in every community. With global reach and local impact, we’re making life better for 48 million people annually. United Way is the world’s largest privately funded nonprofit, working in 95% of U.S. communities and 40 countries and territories. That’s why we’re the mission of choice for 2.5 million volunteers, 7.7 million donors and 45,000 corporate partners. In the wake of COVID-19, we’re helping people stay in their homes, stock their pantries, and protect their lives and livelihoods. And we’re working to build resilient, equitable communities. Learn more at UnitedWay.org. Follow us: @United Way and #LiveUnited.