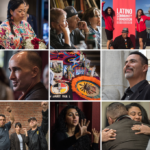 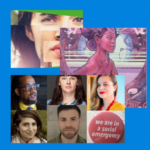 But it wasn’t until his career in sports technology investing and entertainment that he realized the disparities in who was developing those games versus who played them.

About 83% of Black teens play video games, according to the Pew Research Center. But a survey from the International Game Developers Association shows that 2% of video game developers are Black.

As an alum of historically Black Oakwood University, he felt inspired to change that reality.

In February 2020, Johnson founded Cxmmunity, a nonprofit that aims to increase the number of people of color in the esports and video game industries through developing technology skills and providing access to game producers.

A few months later, Cxmmunity started a historically Black college and university esports league on the streaming site Twitch. That move caught the attention of technology giant Microsoft Corp., which committed to a social impact initiative that same year.

“When I found out what Cxmmunity does, my eyes lit up,” said Darrell Booker, lead for the Microsoft Nonprofit Tech Acceleration program. “It’s reaching the people where they are.”

Microsoft’s partnership came with grant funding and a promise to help the nonprofit build out its online training programs then scale nationally. Booker declined to name the funding amount.

“We gamify the process,” Johnson said of Cxmmunity’s education model. “If you show academic improvement, then you have more access to the programs.”

About 50 high school students have gone through those programs so far, and about 150 college students participate in Cxmmunity’s HBCU Esports League, which also opens opportunities for scholarships and internships. The nonprofit placed about 20 students in paid internship roles with gaming and esports companies last summer, Johnson said.

The Atlanta headquarters is perfect to build up the esports league and gaming education, Johnson said.

“Atlanta’s also the HBCU capital of the world,” Johnson said. “It’s a perfect melting pot of what we’re looking to do.”

Microsoft’s commitment to Cxmmunity is part of a nationwide initiative to help communities of color through technology acceleration. The Nonprofit Tech Acceleration for Black and African American Communities program aims to help 1,000 organizations access and use technology effectively.

It’s also part of an ongoing investment into the local community. Microsoft is also planning a 90-acre campus in Grove Park, a working-class Black neighborhood on the city’s Westside that had experienced decades of disinvestment. Microsoft’s plans include affordable housing and community amenities, and its campus may hasten transit-oriented development around the nearby Bankhead MARTA station

Coors Light To Offer $10,000 Grants To Latino Nonprofits On Behalf Of Leaders Making An Impact