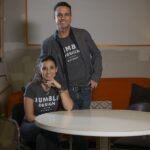 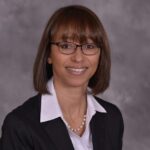 Give Blck, an online database that connects philanthropists, large foundations, and social impact investment firms, with Black-founded and Black-led nonprofits, announced the addition of Aisha Alexander-Young to its executive leadership team as its first Chief Executive Officer. Alexander-Young will further develop Give Blck’s brand identity, partnerships, and corporate sponsorships, help cultivate the company’s Board of Directors, identify opportunities for expanding the database, and strengthen synergies among donors and Black-founded organizations.

Alexander-Young currently serves on the board of the Association of Black Foundation Executives (ABFE), advocating for responsive and transformative investments in Black communities. Prior to joining Give Blck, Alexander-Young served as Vice President for Strategy & Equity at the Meyer Foundation, where she led efforts to integrate racial equity and justice into all areas of the Foundation’s work. Most notably there she launched the Fund for Black-Led Change, a $20 million commitment of core support to Black-led organizations which are leveraging capital and influence to transform systems and advance justice. Alexander-Young has also worked as the Director of Thought Leadership at KABOOM and as the Advancement Director for Dream Defenders.

The voyage had begun, and had begun happily with a soft blue sky, and a calm sea.

“Aisha is a proven strategist and trailblazer with expertise in fundraising, local government, grassroots organizations, and small and large non-profits. We couldn’t be more thrilled to welcome her to our team of purpose-driven innovators and disruptors,” said Give Blck co-founder, Christina Lewis. “Aisha will be an incredible champion of Give Blck’s mission and will help lead our growing organization to create longstanding, systemic change for communities that need it most.”

“I was inspired by and attracted to Give Blck’s mission to direct investments, resources and capital to amplify causes which support the Black community,” said Alexander-Young. “My career has been focused on the intersection of race, equity and social impact. I’m excited to lead Give Blck as it uniquely emerges into a movement that mobilizes positive action for Black lives and unites people and institutions to answer the call for growth and advancement of racial equity in giving.”

Following the murder of George Floyd and the protests around the globe calling for organizations to lead boldly and reform systems which perpetuate racial and economic inequities, in September 2020, Christina Lewis, founder and president of All Star Code, Stephanie Ellis-Smith, CEO of Phīla Engaged Giving, and David Setiadi, CTO @Point of Care Funding, launched Give Blck. Proceeding from the premise that philanthropic support of Black-led nonprofits is a critical – yet often forgotten – piece to tackling systemic racism, Give Blck aims to raise visibility, expand reach, and broaden direct services of local organizations working on the frontlines of social change within Black communities.

ABOUT GIVE BLCK
Give Blck is dedicated to ensuring sustained commitments to and elevating the visibility of local Black-led and Black-founded nonprofits serving Black communities. To date, over 600 organizations are part of its wide network across an array of sectors from Arts & Culture, Career Mobility, Criminal Justice, Environment, Technology and more. For additional details visit giveblck.org and @giveblck.