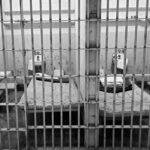 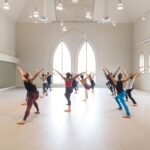 The Capital Jewish Museum’s Board of Directors is pleased to announce that after an extensive national search, Ivy Barsky, a proven leader in the Jewish cultural sector, has been appointed the Museum’s next Executive Director. As the executive director, Barsky will lead the team in developing exhibitions, programs, and fundraising, and prepare the Museum for its opening.

Stuart Zuckerman, President of the Board of Directors, said, “Ivy has deep experience in both the Jewish community and museum field. She is the ideal leader to realize our vision of a museum that explores the American Jewish experience in the nation’s capital and that serves as a space for storytelling and dialogue.”

“Ivy’s commitment to education, combined with her gifted leadership skills, will ensure the Museum delivers on its promise to inspire connection and action,” stated Esther Foer, Co-Chair of the Museum’s search committee.

Barsky is delighted to step back into museum work, “I am honored to lead the Museum at this momentous time. There is nothing more exciting and rewarding than bringing a new museum to life, and I’m particularly excited about having elected officials, policymakers, and the community as both the subjects of, and audience for, the stories we tell. I look forward to working with the Board, staff, and the Museum’s community to realize this special project just blocks from the Capitol itself.” Barsky brings a broad and considerable set of skills to the position, with 30 years of museum leadership and experience in shepherding museum construction and major exhibition projects. She served for eight years as CEO of the National Museum of American Jewish History in Philadelphia, PA.

Under her leadership, the organization raised $45 million, welcomed hundreds of thousands of visitors, garnered press attention and national funding for significant exhibitions, and developed a reputation for programmatic vibrancy and “buzz” through a robust education program and scores of groundbreaking public programs. Barsky also served for 15 years at the Museum of Jewish Heritage—A Living Memorial to the Holocaust in New York City, first as founding director of the Education Department, helping to shape the content of the core exhibition, then as Deputy Director, instrumental in the building and opening of an 82,000-square foot addition, the first new construction in lower Manhattan after September 11. Most recently, she has been a consultant to a variety of nonprofits in New York and Philadelphia, including New York City Opera and the Fellowships at Auschwitz for the Study of Professional Ethics (FASPE).

Barsky’s appointment follows the tenure of the inaugural Executive Director Kara Blond, who skillfully led all aspects of the new Museum, including the development of, and fundraising for, the new building. The Board of Directors and staff are deeply indebted to Blond for her extraordinary leadership in bringing the Museum to this point in its young life.

Capital Jewish Museum
The new Capital Jewish Museum inspires audiences to connect, reflect and act: connect across families
and diverse cultures, reflect on the relevance of the past to today, and act on behalf of their
communities and values. With its unconventional, experimental spirit, the Museum will explore the
American Jewish experience and serve as a secular space for storytelling, connection, and dialogue
across cultural communities in our city. The new museum, now under construction at 3rd and F Street
NW, will open with engaging exhibitions, extensive programming, and creative public experiences.