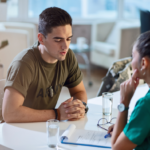 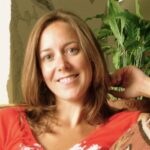 Fidelity Charitable®, an independent public charity and the largest grantmaker in the country, today announced the appointment of Jacob Pruitt as president, succeeding Pamela Norley, effective October 18, 2021. Prior to joining Fidelity Charitable, Pruitt was vice president and head of T. Rowe Price Charitable, leading the firm’s charitable giving strategy and donor-advised fund program. Pruitt also led the Colorado regional strategy for T. Rowe Price and was a member of the company’s Diversity and Inclusion Operating Council. He serves on several outside boards, including the Colorado Springs Chamber & EDC (Economic Development Corp.), the University of Colorado Foundation, and Teach for America Colorado.

“Jacob Pruitt’s diverse experience, background, and unique leadership style and presence make him ideally suited to advancing our mission of growing the American tradition of philanthropy by making giving accessible, simple and effective for all,” said Alfred E. Osborne Jr., Ph.D., chair of the board of trustees for Fidelity Charitable. “As the philanthropic landscape has evolved, donors continue to seek ways they can amplify their giving through the use of donor-advised funds. Jacob will help Fidelity Charitable advance its work to drive increased impact for the sector.”

Both Norley and Pruitt will continue their work on nonprofit boards, and she will work with him through the end of the year to ensure a smooth transition.

Fidelity Charitable is an independent public charity that has helped donors support more than 328,000 nonprofit organizations with over $51 billion in grants. Established in 1991, Fidelity Charitable launched the first national donor-advised fund program. The mission of the organization is to grow the American tradition of philanthropy by providing programs that make charitable giving accessible, simple and effective. For more information about Fidelity Charitable, visit www.fidelitycharitable.org.