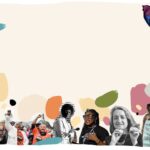 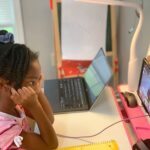 Simon Youth Foundation (SYF) is proud to announce that Andrea L. Neely has been named President and CEO, effective November 8th. In her role, Neely will lead the national nonprofit’s efforts to transform the lives of children and young adults and improve the well-being of communities through education. Neely will strategically lead the nonprofit into its next chapter with the support of a talented team, reporting to and in partnership with the Board of Directors.

“Andrea has a deep understanding of the needs, challenges, and opportunities facing young people in the education and workforce arenas today,” said SYF Board Chair Deborah J. Simon. “On behalf of the Board of Directors, I am confident she is the right leader to expand SYF into new markets, elevate SYF’s voice and presence nationally, and most importantly, inspire the students SYF serves to reach their full potential through education.”

Neely most recently served as the Regional Development Director for UNCF, United Negro College Fund. During her 15-year tenure, Neely has managed office operations and campaigns in Michigan, Washington DC, St. Louis, Missouri, Philadelphia, PA, Ohio and Indiana where she built and supported effective programs, established strong relationships with influential state, regional and national leaders, and led and executed strategies that raised more than $70 million through an extensive network of donors, influencers, and special events to support education initiatives.

Notably, Neely received the UNCF Award of Excellence year over year since 2015 for exceeding her annual goal, and her office raised $26 million in 2016 to earn the coveted title of Top-Performing Office in the country.

“The legacy of Simon Youth Foundation, to transform the lives of youth, is directly aligned with my professional experience and personal journey,” Neely said. “My journey has been to lead organizational change, focus on key indicators and build teams. I advocate for those often ignored, disconnected, or unable to showcase their full talents, skills, and abilities. Through innovation, design thinking, and strategic leadership, I enthusiastically look forward to building on SYF’s success and deepening its impact on the communities and youth it serves.”

Neely began her career in finance as a Market Research Analyst and Loan Servicer for Merchants National Bank/National City Bank of Indianapolis. She also served as a Program Administrator for the Near North Community Development Corporation and the Director of Housing and Economic Development for Community Action of Greater Indianapolis, Inc. before her work in the nonprofit sector. This led to her founding and leading an economic development consulting firm Paige’s Inc., which focused on building the capacity of nonprofits that supported underserved families and communities across the state of Indiana.

She has received several awards throughout her career: In 2021- Sam Jones Trailblazer Award from the Indiana Civil Rights Commission and IBE, Excellent in Service from the Walter and Alpha Blackburn Foundation, Leadership Award from African American Excellence in Education, and The Circle of Corydon from Governor Eric J. Holcomb, 2014 Breakthrough Woman in Education Award from National Coalition 100 Black Women, 2011 Indiana Women of Achievement for Promoting Educational Opportunity from Ball State University, 2009 Partner in Progress Award from then-Lt. Governor Skillman, and 2009 Madam C.J. Walker Outstanding Woman of the Year from the Center for Leadership Development for her leadership and community service.

An Indianapolis native, Neely is the proud mother of four children, Paige, Lauren and twins, Julian and Blake. Neely is a health activity enthusiast and enjoys running with her German Shepherd, Caesar.

VELA Education Fund is Awarding a New Round of Microgrants