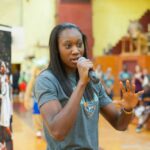 Conn’s HomePlus Partners with Helping a Hero for Donation

Continuing its mission of positively impacting the communities it serves, Conn’s HomePlus (NASDAQ: CONN) through its charitable initiative, Conn’s Cares, has donated more than $6,000 in brand name goods for the home to a wounded veteran through a partnership with Helping a Hero.

“Conn’s HomePlus believes in giving back to the communities we serve, and the Conn’s Cares program provides a platform to make a difference by honoring deserving people through organizations like Helping a Hero,” said Chandra Holt, Conn’s HomePlus President and CEO. “We wanted to show our support for veterans and their families and are honored to be able to do that through donations like this one, especially during the holiday season.”

Helping a Hero is a nonprofit that builds homes for military and first responders injured in the line of duty. Their mission is to empower our severely wounded heroes injured in the Post 9-11 Global War on Terror, by partnering with the wounded hero to build a specially adapted home designed to restore his/her independence.

“Conn’s has been an incredible supporter of Helping a Hero and our wounded heroes for over a decade. We are so grateful that they made Christmas so special for the SGT Bartel family by donating computers and Christmas gifts,” said Meredith Iler, Founder of Helping A Hero Home program. Christine and Joe Bartel added, “We are so thankful for the gifts and generosity. The kids love their computers and are so excited to use them in school.”

Through initiatives facilitated via Conn’s Cares, the Conn’s HomePlus philanthropic arm, $1 million in funds and products have been extended to local, community-based, third-party charitable organizations since 2017.

About Helping a Hero

Helping a Hero is a 501(c)(3) non profit, non-partisan organization, founded in 2006, that provides support for military personnel severely injured in the Global war on terror. Our principal activity is to provide specially adapted homes for qualifying service members through partnerships made with the builders, developers, communities, and the veteran.

Dr. Tia Cole Announced as the New Executive Director of The Steve Fund