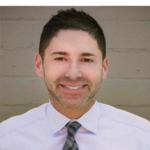 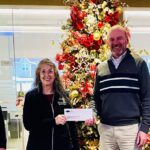 The Hopey’s Heart Foundation was formed in memory of Tina Charles’ late aunt Maureen “Hopey” Vaz, who died of multiple organ failure on March 9th, 2013. Hopey was known for having a very giving heart and when her own heart failed it was a tragic loss to her family and an eye-opener to Charles, who prior to the passing of her aunt, made a $14,775 donation for ten Automated External Defibrillators (AED) to the New York Department of Education and the Wes Leonard Heart Team.

The Hopey’s Heart Foundation was founded to prevent Sudden Cardiac Arrest from claiming the lives of promising student athletes like Wes Leonard. It is committed to providing AEDs nationally for the prevention of heart and other injuries in student and amateur athletes through the provision of health education and medical equipment in schools, community and recreational centers. The Hopey’s Heart Foundation is committed to improving sports safety and raising awareness of Sudden Cardiac Arrest throughout the country.

Nonprofit on the Rocks with Matt Kamin

Conn’s HomePlus Partners with Helping a Hero for Donation