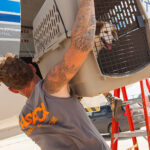 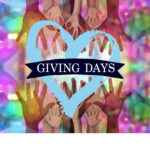 A team of around 30 to 40 staff members are actively working out of Water Mission’s office in Port au Prince to find clean drinking water solutions for people displaced by the disaster, said George Greene, the organization’s CEO.

The 7.2 magnitude earthquake struck Aug. 14 near Les Cayes, about 80 miles west of Port au Prince, the nation’s capital. Haiti’s Civil Protection Agency on Aug. 17 reported the death toll had climbed to 1,419 people, with an additional 6,900 injuries.

Water Mission, the organization Greene’s parents founded two decades ago, is headquartered near the former Charleston Naval Base in North Charleston. It employs more than 400 people in the U.S. and other countries, with the aim of providing safe water and sanitation solutions through disaster relief and community development, Greene said.

A person’s most essential need is oxygen, but water is next on the list. And having access to safe, drinkable water is an important factor often overlooked, Greene said.

“People are going to start drinking water,” he said. “If they don’t have access to safe water, they’re going to drink whatever’s available.”

The potential for a cholera outbreak grows when many people are moved into crowded areas, particularly if an area’s water source is already compromised, Greene said.

An estimated 83,000 homes have been damaged or destroyed as a result of the Aug. 14 earthquake, according to numbers provided Aug. 17 by the Haitian Civil Protection Agency. Those displaced residents are typically sent to crowded in-country camps, Greene said.

“When you bring people together, there are some basic needs that have to be accounted for,” he said. “Water is one of those, (as well as) shelter, food, basic medicine, and then, depending on how long things last … education.”

The charity first sent staff members to Haiti in 2003 to work on development projects focused on the country’s long-term needs, he said. When the 2010 earthquake hit, Water Mission already had an established team on the ground, ready to mobilize.

The organization’s relief efforts revolve around building and implementing water-treatment systems, which Water Mission engineers designed themselves based on needs on-the-ground employees noticed over the years. Volunteers build the systems, which measure 4 feet by 8 feet by 8 feet and can be transported by hand, in the North Charleston warehouse.

The skid-mounted system is designed to suction water from existing freshwater sources. The water is poured out, treated and then made available to people in need, Greene said.

It takes just two to four hours to set up the system, and one unit can provide safe water for up to 5,000 people a day. Units are also stored in the North Charleston facility, where they can be shipped out to areas in need.

The team in Haiti already had seven units stockpiled in its Port au Prince headquarters when the earthquake hit Aug. 14. Water Mission employees are now trying to determine where those treatment systems are most needed and the best way to transport them.

Turmoil facing Haiti well before the natural disaster has complicated relief efforts. Residents were met with uncertainty after the July 7 assassination of President Jovenel Moïse, and the main road connecting Port au Prince to the Les Cayes area has seen a spike in kidnappings and gang violence, blocking aid flow.

Adding to the difficulties, tropical depression Grace hit Haiti the night of Aug. 16, drenching the country’s southern coast with massive amounts of rain and some flooding.

The tiny Caribbean nation may seem far away from the Lowcountry, but Greene implored local residents to pray for Haitians who have been affected by the earthquake and its aftermath, as well as first responders, and offer their support.

Charleston residents can visit Water Mission’s website, watermission.org, to find more information on how to support the organization.